Coming up with an idea is easy. Coming up with a good idea though is difficult. Creative and innovative products or ideas have to provide value by solving a problem, such as taking less time to use, or by providing a benefit, such as a lower price or better design.

Good innovative ideas are often already waiting for new apps, devices, and industrial products, but these ideas might have been ignored because they were ahead of their time or from a niche industry far from full potential. You’ll never find different ideas by always following the same blogs and talking to the same people every day. Instead, to be genuinely innovative, you have to connect ideas that no one else thought to link because they weren’t looking in both places at once.

Expand your information bubble to find value with different innovative ideas using these six methods from Joel Devidal, CEO and founder of SMEJapan.com.

One of the best places to look for innovation is in other industries. Niche industries often have their particular way of doing things, and sometimes those ideas could be applied to more than just that one industry.

The man behind much of Toyota’s success, Taiichi Ohno, was inspired to develop his innovative just-in-time, lean manufacturing system after seeing how efficiently post-war American supermarkets operated. He noted that unlike the manufacturing industry, which in the mid-20th century kept huge stocks of parts to keep production going, “The supermarket is a place where we buy according to need. Supermarket operators, therefore, must make certain that customers can buy what they need at any time.”  Supermarkets do this by keeping tightly scheduled supply chains that let them consistently stock products with short shelf-lives year-round.

If he had spent all his time in his Japanese factory, Ohno would have never figured out this new way of organizing Toyota, and someone else would have come up with the idea of applying just-in-time practices to the manufacturing industry.

Almost every economy now has entrepreneurs hurrying to find the next greatest innovation. That is often more difficult for entrepreneurs in emerging markets because they might not have access to the top minds or the capital to hire them. However, this very scarcity can force people to come up with new solutions and ideas in different ways.

China and India have started to significantly influence healthcare delivery around the world with their innovative business models and low-cost diagnostic devices. For example, Indian health care provider Aravind created a new efficient delivery system that has started influencing health care delivery in the United States.

Business analysts John Brown and John Hagel note in a profile of Aravind that, “Far from being easy targets for exploitation, emerging markets are generating a wave of disruptive product and process innovations,” and these innovations may make them major global players in the years ahead. Don’t assume that change can come from only one place. The whole world is creating new ideas.

What could there be in an old encyclopedia that wouldn’t be online? Well, probably not much, considering even encyclopedias are available as scans online. But flipping through a book leads to creative connections in different ways than surfing the internet.

The internet is excellent for finding direct links between subjects and searching for specific topics, but it’s not great for browsing knowledge. That’s why there are so many aggregators and blogs that exist to provide interesting links that you wouldn’t have found otherwise.

However, in a real encyclopedia, you can find curated information. Unlike the internet, where navigating to a random site could lead you to piles of information any person felt like posting, in an encyclopedia everything is there for a reason. An expert thought it was important.

By picking up an old encyclopedia, you get the opinions of past experts, some of which will be outdated, but the focus will be different, and that’s the point. You need to get away from what everyone is talking about today. You have to be different to be creative and innovative, and looking at how people used to think is an easy way to question current unspoken assumptions.

You know those products that people in your industry don’t take seriously or are the result of some misguided genius? Products often come along before the market and technology are ready. For example, the sewing machine wasn’t possible until industrial machining improved in the mid-19th century, even though early attempts go back as far as the late 18th century.

Other products, such as the streamlined Chrysler Airflow, were well within the range of technology, but the market wasn’t ready for them yet. Consumers were unprepared for the Airflow’s sleek design in the mid-1930s, but in the following decades, automobile manufacturers incrementally streamlined their cars way beyond the Airflow’s radical design.

On the other hand, some products, such as the iPhone, take from technologies that didn’t work on their own because of both limitations in technology and consumer preferences. “The iPhone was a decade behind Microsoft’s first touch-screen tablet and Blackberry’s email-capable phones, but Steve Jobs recognized that past ideas now had greater potential in combination and that technology and consumer preferences had caught up,” stated Devidal.

To find ideas that failed outside current industry preferences, look back at old brochures and trade periodicals from significant moments of innovation in the past. For example, old trade show brochures may include companies that were trying to solve a common problem within their industry, but perhaps the technology at the time wasn’t up to the task without reliability problems.

Virtual reality devices have been a dream of futurists for years, and multiple companies have tried to develop VR technology over the decades, but none resulted in more than curiosity status until the 2010s. Industry watchers used to write off VR as unrealistic, but by taking advantage of new technology, VR is back with products that consumers want to use, even if it’s still a niche market for the moment.

Even old science fiction can be an excellent place to look for interesting ideas if you’re lucky. Most people in the past had different ideas about how the future would look. This divergence from a current version of the future could lead to questions about why things are done in a certain way and could spark ideas for new innovations.

If you’re going to be reading anyway, might as well look back now and then. But if you’re slogging through a 300-page book to find a few ideas that might spark your product development juices, it’s probably best to stick with quicker ways to find untapped ideas.

Ideas are everywhere, but to be creative and innovative you have to find and connect ideas that other people aren’t seeing together. Get out of your bubble and see what people used to think would get solved in the future and how they thought their lives would be better.  Explore how people in other industries and countries are already solving problems and finding value with new ideas and innovation. 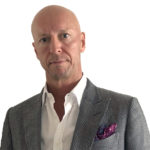 Joel Devidal is a veteran in the business world; as a founder and CEO, he has a knack for finding investors, launching companies, and keeping steady growth post-launch. Beyond business, Joel is an active part of his community supporting local organizations and helping young entrepreneurs get their start.